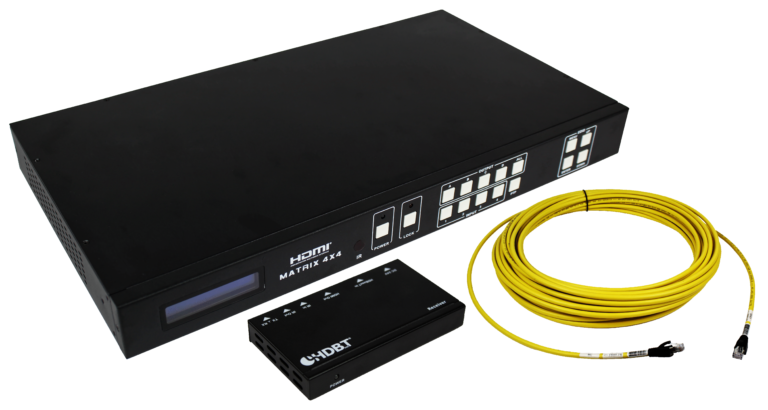 The cable set includes four 75’ plenum-rated Cat 6A shielded cables that are individually certified to exceed HDBase-T requirements and four compact receivers with a maximum range of 70 meters. This kit can be used in a stand-alone configuration with the included IR remote and is compatible with all TEKVOX control systems and user-interface products.

“The TEK 79055-K provides a radically new value point for coordinating video distribution to a group of displays scattered over a significant floor space,” Jim Reinhart, CEO of TEKVOX, said. “Matrix switchers offer great flexibility but have traditionally been too complex and expensive for broad market applications. No more.”

With an introductory MSRP of only $2325, TEKVOX’s 79055-K is the ideal cost and space-effective piece of equipment for large rooms with up to four independent displays, all with serial control and UHD video. For more details, click here.